I’ve been asking people to share their ALD stories saying, “Be honest, include all important details and keep it under 500 words”. As I sit to write Jack’s story, I realize that it’s a very hard assignment . . .

Jack was born in 1998, healthy and strong. He reached all of his milestones easily and was a completely typical child as he started school. He loved his friends and riding his bicycle and he was a talented artist and an eager student.

In the beginning of second grade, Jack began to unravel. He could no longer complete simple tasks, his school work was suffering and he started exhibiting unusual behavior – chewing on his clothing, obsessively touching things, and loosing appropriate boundaries with people. We went to countless doctors and learning specialists. He was diagnosed with ADHD and we tried behavioral techniques and even medication. Nothing worked. More doctors and specialists, but Jack kept slipping away.

Six months into our search for a diagnosis, we finally talked to a neurologist who agreed to an MRI so that we could “rule out” anything serious. On April 30, 2007 Jack had an MRI and our lives changed forever. Jack’s MRI showed signs of significant damage to his brain. Doctors spent the next ten days running tests until they finally confirmed the diagnosis of Adrenoleukodystrophy (ALD).

We were told we had two options. Take Jack home and keep him comfortable as the disease would run it’s corse. He would lose his vision, hearing, ability to speak, swallow, and walk. He would quickly become completely dependent and would likely be dead within a year. Our other option was a stem cell transplant. It would not cure the damage that Jack’s brain had suffered, but it could stop the progression of the disease.

Our family chose hope, and on May 30, 2007 — just one month after his diagnosis, Jack had a stem cell transplant (using the cells from an unrelated cord blood donation). He was in the hospital 79 agonizing days before bringing him home to a very new life. Although the transplant was successful, ALD managed to steal a lot from our boy. Jack could no longer speak or swallow or care for himself — he could barely walk.

It took an incredible team of doctors and nurses and teachers and therapists, but as the months and years followed, Jack was able to regain some of the skills lost during his transplant. Today, he can walk independently and eat solid food, but he still is unable to speak or care for himself. His health is stable, but he does need medication several times a day to survive – for Addison’s Disease and Epilepsy (two more gifts from ALD).

We are not sure what the future holds for Jack, but today he is nineteen-years-old and enjoying a wonderful quality of life. He goes to an incredible school, CPNJ Horizon High School. He has friends and loves music and time with his family. I’ve never met a happier person. He enjoys every minute of his complicated life. 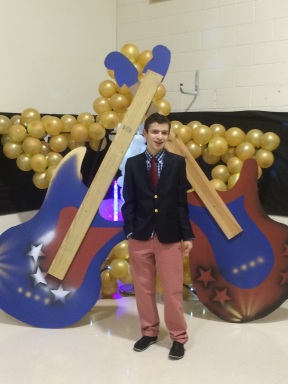 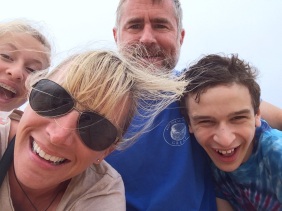 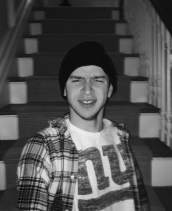 Ten years into this new life and we have finally reached a place of acceptance and are determined to do our part to help the ALD community. Sharing our story, and now sharing other ALD stories, we are hoping to spread the word of the importance of newborn screening while raising awareness of our disease. Together we can change the future of ALD.

For more information about Jack, our family, and ALD, go to www.smilesandducttape.com — the blog and/or Smiles and Duct Tape – the book

What is THIS is ALD?

Adrenoleukodystrophy (ALD) doesn’t always follow the same path. THIS is ALD shares our disease one story at a time.

Follow THIS is ALD on WordPress.com
Join 1,223 other subscribers

To learn more about our family’s ALD story — Click Here